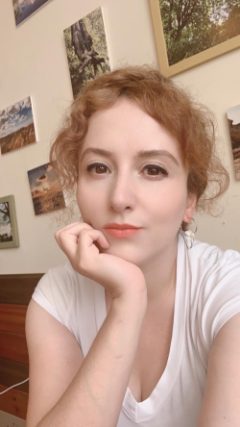 Uzay Bulut is a Turkish journalist and political analyst formerly based in Ankara.

As an exiled writer she has worked and lived in various parts of the world.

Her writings have appeared in publications such as the Washington Times, Christian Post, Jewish News Syndicate, Al-Ahram Weekly, American Spectator, the Providence, and Jerusalem Post. She has been interviewed by on-line platforms such as Forbes, Fox News Digital and the International Christian Concern. She has participated in international conferences including the 2018 Human Dimension Implementation Meeting of the Organization for Security and Co-operation in Europe (OSCE) and the 2019 Oslo Freedom Forum of the Human Rights Foundation, where she raised issues regarding violations of human rights in Turkey and other regions. She contributes to the advisory board of the “Faces of Persecution: Exploring Global Religious Oppressions”, which is an educational documentary film series.

Uzay Bulut’s journalistic work focuses mainly on human rights, Turkish politics and history, the plight of Christian and other minorities in the Middle East, and antisemitism.

She is a Distinguished Senior Fellow at the Gatestone Institute.