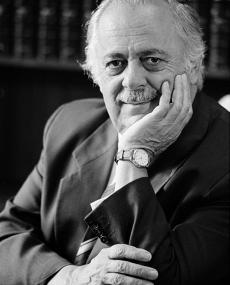 George Bizos is a Human Rights Lawyer and Senior Counsel at the Legal Resources Centre in Johannesburg. He had represented political activists, including Nelson Mandela, in high profile political trials. He is also a published author and his works focus on the pursuit of justice in South Africa. George has received a number of prestigious awards for his outstanding work and contribution to the legal profession. George was a founding member of the National Council of Lawyers for Human Rights. Nelson Mandela awarded him with the Order for Meritorious Service in recognition for his services. George is also an Honorary Member of the Athens bar as well as a member of the International Academy of Trial Lawyers.