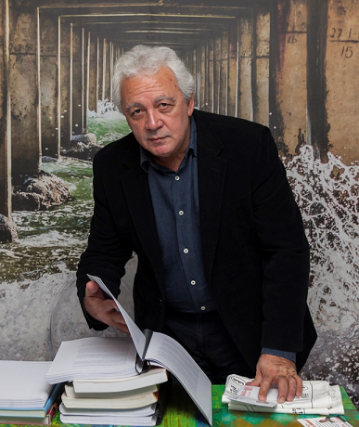 Dinos was born on the island of Cyprus, which was under Colonial rule and at a time when opposition to the occupation was growing and the struggle for liberation had commenced.

He completed his primary and secondary  education in Cyprus followed by a tertiary education  in Athens.

He is a social entrepreneur particularly committed to social fairness and justice which is expressed by his lifetime dedication and  support of a range of causes, minority groups and organisations that are related with the arts, environment matters, justice, liberty, philanthropy.

Along with these time consuming activities he is involved in various projects and he is a publisher and regular columnist.

Dinos is a co-founder and is Alumnus of Agora Dialogue.